Menu
No products in the cart.
$0.00 Cart
News and Updates 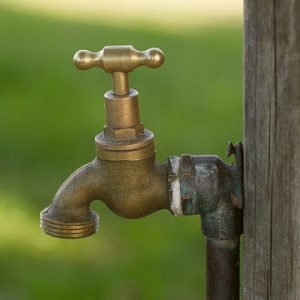 Ultraviolet water treatment is a technology that is gaining rapid acceptance in America. Even though this water purification technology has been around since the 1930’s, and is already widely deployed throughout Canada and Europe, few large-scale municipal water treatment systems in the United States currently make use of UV disinfection. Most of the UV water treatment systems that have been deployed in this country are small-scale, point-of-use systems that treat water immediately before it emerges from a tap for consumption. The low operating costs and comparatively low initial investment costs of UV water treatment versus traditional chlorination disinfection are especially appealing to rural communities and small municipalities with a service base of 500 – 10,000 customers. As these communities are either building water treatment facilities for the first time or making upgrades and improvements to their existing infrastructure, many are exploring the UV disinfection alternative. However, UV disinfection technology can also be scaled-up effectively for use in even the very largest municipal water supplies. The New York City Water System, as part of its 21st century infrastructure improvements, has made a significant investment in a new UV water treatment facility which purifies water supplied to New York City by the Delaware Aqueduct. The Catskill/Delaware UV Treatment Facility, which is located in Westchester County and was commissioned in the Fall of 2013, is currently the largest drinking water UV treatment facility in the world, with capacity to treat 2.02 billion gallons of water per day.

The Ultraviolet (UV) light spectrum is higher in frequency than visible light. UV radiation has three wavelength bands: UV-A, UV-B, and UV-C, and it is this last band, the shortwave UV-C, which has germicidal properties for disinfection.  A low-pressure mercury arc lamp, similar in appearance to a fluorescent tube, can produce UV light. These lamps contain mercury and an inert gas, such as argon, inside a UV-transmitting tube, usually made of quartz.  Most mercury arc UV lamps are the “low pressure” type. They are called “low pressure” because they operate at relatively low partial pressure of mercury, low overall vapor pressure (about 2 mbar), low external temperature (50-100°C) and low power. These lamps emit nearly monochromatic UV radiation at a wavelength of 254 nm, which is in the optimum range for UV energy absorption by nucleic acids (about 240-280 nm) and thus the appropriate range for germicidal activity. The typical UV water treatment device consists of a cylindrical chamber housing the UV lamp along its central axis. The disinfection chamber basically is in the form of a sleeve which encases the lamp such that a thin film of water flows between the sleeve and the UV lamp along the length of the bulb.

UV light affects microorganisms by penetrating the cell and significantly disrupting the DNA inside the cell nucleus so that reproduction becomes impossible. UV treatment does not remove microorganisms from the water, it merely inactivates them. The microbes are inactivated by the chemical alterations caused within their DNA by exposure to the UV radiation which causes serious disruptions to the normal cellular metabolic processes. This same effect also allows UV light to be used effectively against viruses, as the viral nucleic acids are similarly degraded by UV radiation. However, the UV-induced chemical damage to the DNA can be repaired by cellular enzymatic mechanisms. Therefore, achieving optimum UV disinfection requires delivering a sufficiently high UV dose to induce great enough levels of damage to the DNA and thereby overcome or overwhelm the DNA repair mechanisms within the microorganism.

On its own, UV treatment does not improve the taste, odor, or clarity of the water. Also, particulate matter, color, and turbidity all can affect the transmission of light through the water to the microorganisms and therefore must be removed for successful disinfection. This is because natural organic matter suspended within the water and certain inorganic solutes, such as iron, sulfites and nitrites, will all absorb UV radiation and act to shield the microbes, resulting in lower delivered UV doses and reduced microbial disinfection. Either sediment filtration or activated carbon filtration should take place before water passes through the UV disinfection process. UV disinfection is usually the last stage in a sequence of water treatment steps, following filtration, reverse osmosis purification, and water softening.